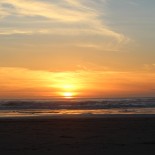 I am a writer and avid reader of romances particularly historical romances. Please join me on my journey through time 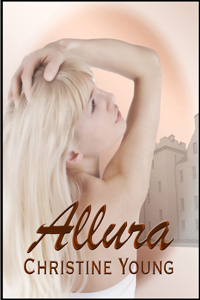 Allura McClellan is horrified by her father’s decision to take out an ad in the Times awarding her to the man strong enough and smart enough to win her hand and uncover her secrets. She’s an intelligent young woman who takes great delight in the freedom allotted to her by her father. She’s well aware that marriage would effectively curtail the adventures she’s shared with her sisters and cousins.

Hunter Gray is nothing like the other men who’ve arrived to vie for Allura’s hand in marriage and everything that goes along with it. However, he is the first to refuse to concede defeat and pursue her despite her attempts to disguise her true appearance. It’s her temperament that is of more concern to him than her looks. Hunter has worked all his life with the hope of someday owning his own land. Now that it looks like there’s a very real possibility that everything he’s ever wanted is within reach nothing is going to deter him – including Miss Allura’s disagreeable disposition.

Amorica Hepburn was sent to London to find a husband. However, finding a man was the last item on her agenda. With her two cousins, Amorica wagers she can dissuade her suitor before the others. Despite her efforts she discovers a chemistry that cannot be denied. Suddenly she is the arrogant man’s wife, pledged to a marriage neither desire. But swept off to his ancestral home above the Dover cliffs and into his strong embrace, Amorica is soon possessed by a raging passion for the husband she had vowed to despise…
Damian Andrews couldn’t afford to trust the emerald-eyed spitfire who happened upon his secret. Amorica’s hatred of all men of his kind only inflames the war that rages between them. Still, he can not control the intense desire his stubborn bride inspires, or make her surrender to his will until he has conquered the headstrong beauty on the battlefield of love…

When the duchess decides to wed her to a wastrel and a fop, Ravyn Grahm takes matters into her own hands and declares her engagement to another man. Instead of fessing up and telling her great aunt what she has done, she goes through with the pretense. Aric Lakeland is the bastard son of an earl and has a dangerous reputation. But Ravyn is willing to do most anything to keep the duchess from discovering the lie.

He’d bought land in America, looking to put down roots and end his life of adventure, but Aric Lakeland got more than he bargained for when he encountered a beautiful heiress who made a promise she didn’t want to keep. But the promise could not be undone and standing between them were more obstacles than either ever dreamed. Aric had made plans to spend the rest of his life in America and that was at odds with Ravyn’s plan of living in England and running her father’s estate. Now, he’ll have to choose between his dreams and the woman he loves more than life.